A modular housing pioneer and a specialist alternative asset manager are set to deliver a home that promises zero energy bills, saving new owners up to £40,000 over 20 years.

ilke Homes, in partnership with Gresham House and customer facing shared ownership agent SO Resi, will install the factory-built home on a site in Stanford-le-Hope, Essex as part of a wider 153-home scheme. 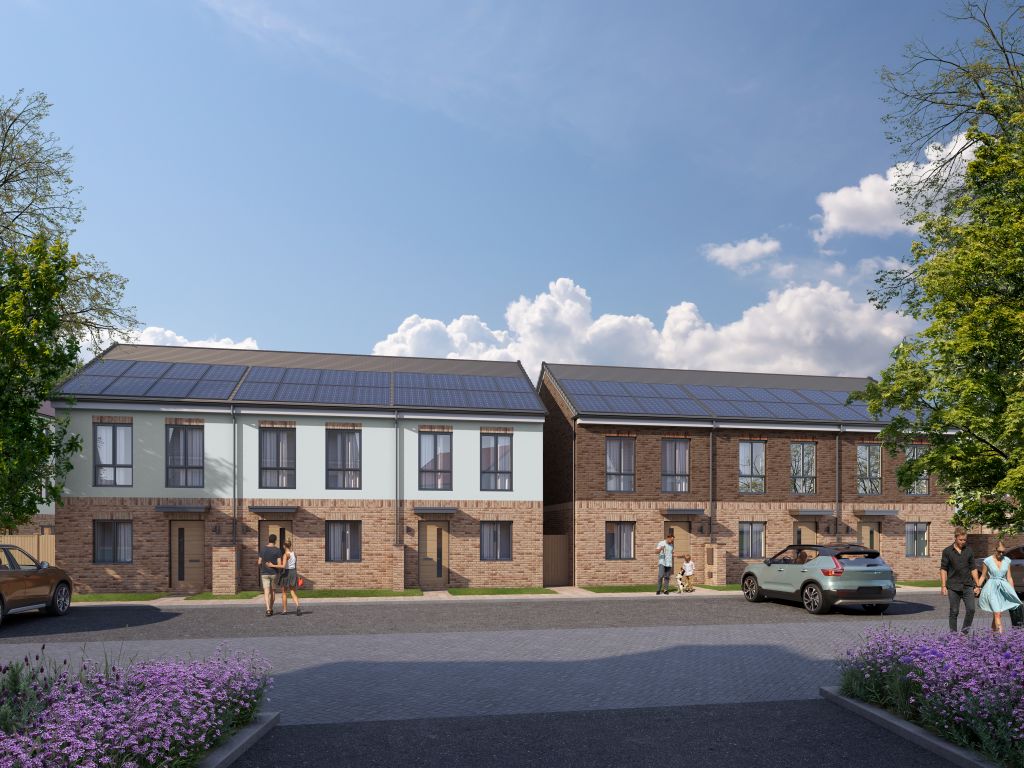 The announcement comes as energy bills are set to double for at least three-quarters of UK households, as energy regulator Ofgem plans to increase the price at which bills are capped. The Resolution Foundation finds that the number of families in fuel poverty will soar by 200 percent when the energy price cap goes up in April, with 6.3 million households having to spend ten percent or more of their earnings to cover costs.

The two-storey family home, which is to be made available for shared ownership, will be precision-engineered along production lines at ilke Homes’ factory in Knaresborough, North Yorkshire. Once complete, the home will be transported to site and craned into place in a matter of hours.

To reach the ZERO bills specification, as it is branded, ilke Homes on behalf of Gresham House will install low-carbon technologies to provide cheap, clean energy. Solar panels, installed on the home’s roof, will capture renewable energy by absorbing sunlight. This energy will then be used for electricity (subject to a fair use policy) and to power the home’s air source heat pump, which provides all heating and hot water.

Crucially ilke Homes will also install battery technology into the home. This matters because when solar panels generate electricity, it has to be used almost instantly meaning any excess is usually sent back to the grid. By using a battery, the home will be able to store this energy for later use.

Britain has some of the oldest and leakiest housing stock in western Europe, allowing heat to dissipate through walls, windows, and doors quickly after leaving radiators. In addition, nine in 10 households, equivalent to over 26 million homes, rely on gas boilers, resulting in domestic heating being responsible for 20 percent of the UK’s total emissions.

ilke Homes is able to achieve the ZERO bills specification by:

The ZERO bills home is being delivered at Hope Green, a 153-home shared ownership development in Stanford-le-Hope, Essex that is being funded by Gresham House Residential Secure Income LP. As part of further enhancements to the project, Gresham House and ilke Homes will also be delivering 101 operational zero-carbon homes via the company’s ilke ZERO offering.

Launched in July 2021, ilke ZERO aims to deliver 1,000 operational zero-carbon homes per year for major investors, housing associations, and councils across the UK. The homes have already been trialled in London, Newcastle, Gateshead, Newark, and Sunderland, and are now ready to be rolled out en masse.

“The cost-of-living crisis is here and now. Since the turn of the century, UK households have become overly reliant on gas imports, leaving consumers at risk from rising wholesale gas prices. Thanks to advances in manufacturing, materials, and renewable energy, we have created homes that not only drastically reduce household bills but also give consumers greater control over their own energy usage.

There’s a huge opportunity here to tackle fuel poverty while helping investors meet their green targets, which is why we’ve spent years investing into our manufacturing capabilities. The launch of the ZERO bills home is a great example of how the private sector can respond to politicians’ net-zero pledges and address some of society’s most prominent problems.”

“Our deal with ilke Homes provides an innovative and much-needed solution to the historic undersupply of shared ownership housing in the Southeast of England. Gresham House is committed to helping alleviate the shortage of affordable housing in the UK and to delivering sustainable and innovative solutions to this problem.

This project will deliver real-world benefits to residents in Hope Green and is another step on the journey towards widespread development of net zero residential homes across the UK.”

Kush Rawal, Director of Residential Investment at SO Resi, said:

“The housing sector clearly has a big part to play in driving down carbon emissions and moving towards more sustainable methods of construction and environmentally friendly homes. However, we have always stressed that it is important to strike a balance and work with partners such as ilke Homes and Gresham House to ensure a move to green living remains affordable for the consumer, otherwise we risk creating a two-tier society where being sustainable is only for those who can afford it.

Innovations such as those within Hope Green put sustainability at their very core and go above and beyond what is expected – particularly within the affordable homes sector. Our priority is always to ensure housing remains accessible to those who need it most, and it is an exciting milestone that the pioneering bill free house will be available through shared ownership rather than to the highest bidder.”

With negative overriding feeling within markets but a sense that a recession has already been priced in, we take a look... Read more

In the latest in our CEO interview series, Tony catches up with Managing Director, Rupert Robinson. Watch video 6min

Where are you based?

Which of these best describes you?

< Back to audience selector

Gresham House asks you to consent to the use of cookies, to store and access basic, first-party data about your website usage. Some of these cookies are essential to our site working properly and others help us improve the site by providing insight into how the site is being used. To allow us to provide the best website experience, we recommend that you accept the use of all cookies. Please note that some data processing may not require your consent but you have the right to object to such processing. Please read our online privacy and cookie policy which is available on our website.

Data collected in this category is essential to provide our services to you. The data is necessary for the website to operate and to maintain your security and privacy while using the website. These cookies are always on as they are critical to the website functioning correctly. This data is not used for marketing purposes or the purposes covered by the two categories below.

Data collected in this category is used to inform us about how the website is used, to improve functionality on our website and to help us to identify issues you may have when accessing our website. This data is not used to target you with advertising.

Data collected in this category is used to help make our messages more relevant to you. The data may be shared with our media partners and platforms we may use to deliver personalised advertisements and messages.